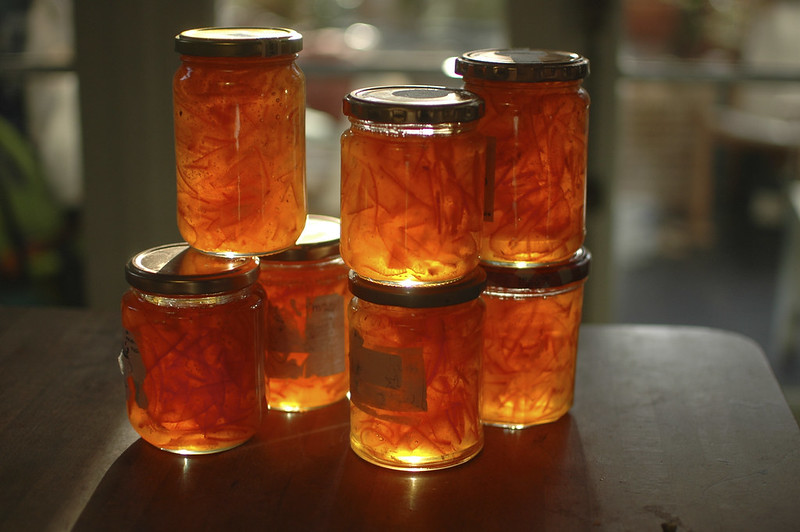 rends itself across the page. You say obviously
as if it’s clear, but I have no idea

what you mean. Every poem needs a second
language, so: abattoir (French for: to fell).

The axe became a knife. The hand that held it,
more and more hungry. Screams

are what make people uncomfortable
about Germany, even the deaf can hear them,

across from the neon bowling alley. It’s not a shame,
it’s shame, collective. I gather the orange peels,

sweep them into boiling sugar. My mother loved
marmalade and the beautiful white pith

that left her bitter. Take me back to courage, a better
place, a more sombre stable. Horses are the most

self-affirming animals after all. What we need is a poem
about beer. Will you believe me if I say things

like, web of gems, if I reference emptiness with an
empathetic vibe? Do I sparkle? Even after

you come back to me after being gone a long time?
A sand dollar has no worth, but  the entire cosmos

is coiled inside it. I would rather have a boxing
match over the birthplace of the American Navy.

It has come to that. Dorothy Parker lives
in this room. She sloughs her disdain like a dishrag.

She thought the world could be a better place, Poor Dear.
Underneath us all the corpses resume their dying.

CRYSTAL CONDAKES KARLBERG is an assistant at her local library and a guest speaker for Greater Boston PFLAG.