Dayna Patterson is the author of a chapbook, Titania in Yellow, forthcoming from Porkbelly Press (2019), and a full-length collection of lyric prose and poems, If Mother Braids a Waterfall (Signature Books, 2020). She is a co-editor (with Tyler Chadwick and Martin Pulido) of Dove Song: Heavenly Mother in Mormon Poetry. She earned an MFA at Western Washington University, where she served as the managing editor of Bellingham Review. She was the poetry editor for Exponent II Magazine from 2017-2019. Her creative work has appeared recently in AGNI, North American Review, and POETRY, among others. Her essays have appeared in Oyster River Pages, Sweet Tree Review, The Evansville Review, Exponent II, and in the collection Baring Witness: 36 Mormon Women Talk Candidly about Love, Sex, and Marriage. Her lyric prose piece “The Disposal of Mormon Garments” was nominated for a Pushcart Prize in 2017. Connect with her at: daynapatterson.com

Rebecca Beardsall works at Western Washington University. She received her MA in English from Lehigh University and her MFA from Western Washington University. She has more than twenty years’ experience in freelance writing in the United States and abroad. Her poetry and essays have appeared in Origyns, SWIMM, West Texas Review, Two Cities Review, The Schuylkill Valley Journal, Amaranth, Common Ground Review, Poetry NZ, and Rag Queen Periodical. She wrote and co-edited three books, including Philadelphia Reflections: Stories from the Delaware to the Schuylkill. Find her at: rebeccabeardsall.com 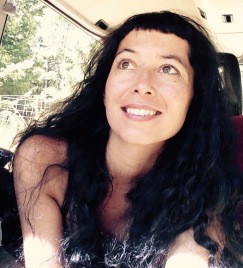 J.R. Lara is an environmental journalist and an MFA candidate at Western Washington University. She was a contributing writer for Green Fire: A History of Huxley College (2011), and is a nonfiction editor at Bellingham Review. Her poems and essays have appeared or are forthcoming in River Teeth, Hippocampus, Eastern Iowa Review, Psaltery & Lyre, and others.

Mike Oliphant received his MFA at Western Washington University. He is a Poetry Editor for Isthmus Review, as well as Psaltery & Lyre. He has been the recipient of Thin Air Magazine‘s 2018 Gas Station Prize and two Pushcart nominations, and was a finalist for Split Lip Magazine’s 2018 Poetry Contest. His poetry and short fiction can be found in IDK Magazine, Shooter Literary Magazine, NANO Fiction, and elsewhere.

Ali Beemsterboer received her MFA from Western Washington University where she worked as a poetry editor for the Bellingham Review. She loves reading and writing multi-genre works that are playful and inventive with form. She’s been published in Five:2:One Magazine, So to Speak, and ROAR, among others. She’s currently pursuing a Masters in Teaching. To connect with her, visit: alibeemsterboer.com/ 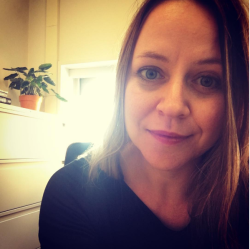 Megan Spiegel is a graduate of the multi-genre MFA program at Western Washington University, and served as the first Hybrid Genre editor for Bellingham Review. Her poetry, prose, and collaborative works have appeared in journals such as Ghost Proposal, Sweet, Fugue, and Vinyl. 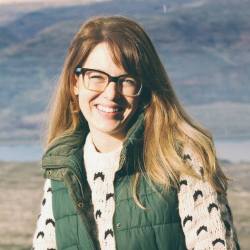 Kaitlyn Teer is an instructor at Western Washington University and a freelance writer and editor. She was a 2016 Peter Taylor Fellow at the Kenyon Review Writers Workshop. Her essay “Ossification,” was Fourth Genre’s 2015 Michael Steinberg Essay Prize winner. Other work has appeared in Camas, Midwestern Gothic, Sweet, Entropy, and Prairie Schooner. An essay “Drawing A Breath” will appear in a forthcoming anthology edited by Stephanie G’Schwind, which is tentatively titled Beautiful Flesh: A Body of Essays and will be published through the Center for Literary Publishing at Colorado State University. She volunteers as a web editor for VIDA. Find her at: kaitlynteer.com

Katie Weed is Assistant Director of Composition at Western Washington University. She holds an MFA in creative writing from WWU, where she served as Nonfiction Editor and Social Media Manager for Bellingham Review, and an MA in screenwriting from California State University Northridge, where she worked with Michael Douglas’s production company Furthur Films. She has worked in film and on documentaries including The Waltz to Westphalia, and her columns and book reviews appear regularly in Shelf Awareness. 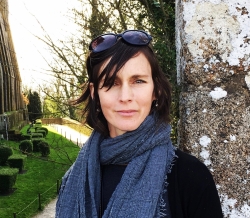 Twila Newey received her MFA in Creative Writing from Naropa University. Her poetry has appeared in Rust + Moth, PoetryBreakfast, Summerset Review, Two Cities Review, and is forthcoming at Inflectionist Review, After the Pause, and The Cape Rock.  She has also completed her first novel, a portion of which won publication in the Exponent II Midrash Contest. She currently lives in the San Francisco Bay Area with her husband and four children.