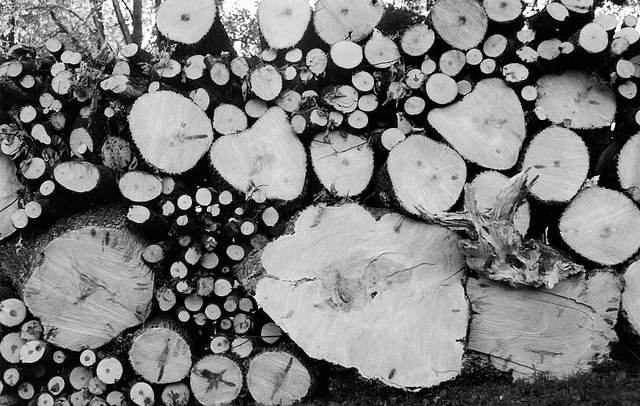 No more lilies under tungsten
to align a dead end run—
wild with river trap—with the fount,
& no hand to cut the grass.

Three cars bloom lithrum
of his work beside an axe handle
he strung once before meeting Him
behind the whetting shed
Who drove him from despair
& made him sing with song
all know as One,
& his geese a scrawny wealth
of sorts I’d see spent the morning
by the curve, & goats . . .
that do caper still despite the
rowhouses & walks.

I hear trucks deafen the falls,
& you, a chord rises westward
as a saw clears a cheap grave.

DAVID APPELBAUM treads a thin line between poetry and philosophy. A professor of philosophy at SUNY New Paltz, his work, in a series of books, focuses on the transcendent nature of ordinary things, including Everyday Spirits (SUNY Press, 1995). In addition, his thought shows a special interest in the performance of the speaking voice. For ten years, he was editor-in-chief of Parabola Magazine, with its concern for wisdom traditions and the search for meaning. Publisher of Codhill Press, an independent literary small press which he founded fifteen years ago, he has produced a booklist of nearly one hundred titles, including authors of international reputation. A number of collections of his own poems have been published, including most recently Jiggerweed (Finishing Line Press, 2011) and Letters and Found Poems of Edisa and Chloe (Codhill Press, 2013).