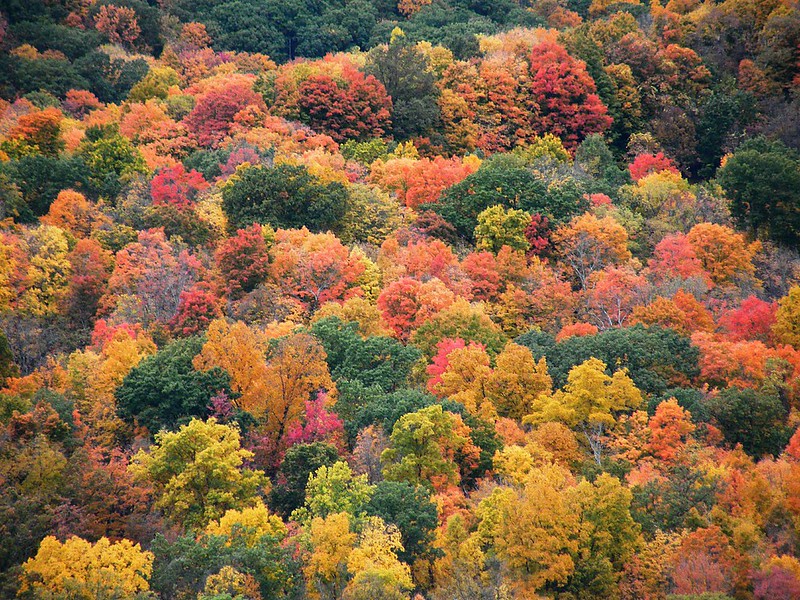 Birds litter the path
with bloodied berries.
The apple air bites my lungs.
Crunch and scent of shattered acorns.
At the crest of the hill, the park’s highest point,
I am almost there, a gallery opens,
a mural of trees rust and russet,
hickory, poplar, sesame and sugar maple.
Just days ago this vista was green chlorophyll.
Not what the cool, lengthening night
brought, not buttercup and haystack.
I know the secret:
The colors are here
in the leaves through all seasons, patient
as my own voice
underneath the noise.
Today the green falls away,
fog dissolves,
unwraps a moon.

FAITH PAULSEN’S work has appeared in Evansville Review as well as anthologies, including “50/50: Poems & Translations by Womxn over 50,” (QuillsEdge). Her poetry has also been published in many venues including Thimble, Apiary, Mantis, Terra Preta, and Stone Boat. One poem was nominated for a Pushcart. Her chapbook A Color Called Harvest (Finishing Line Press) was published in 2016.

One thought on “Carotenoid”