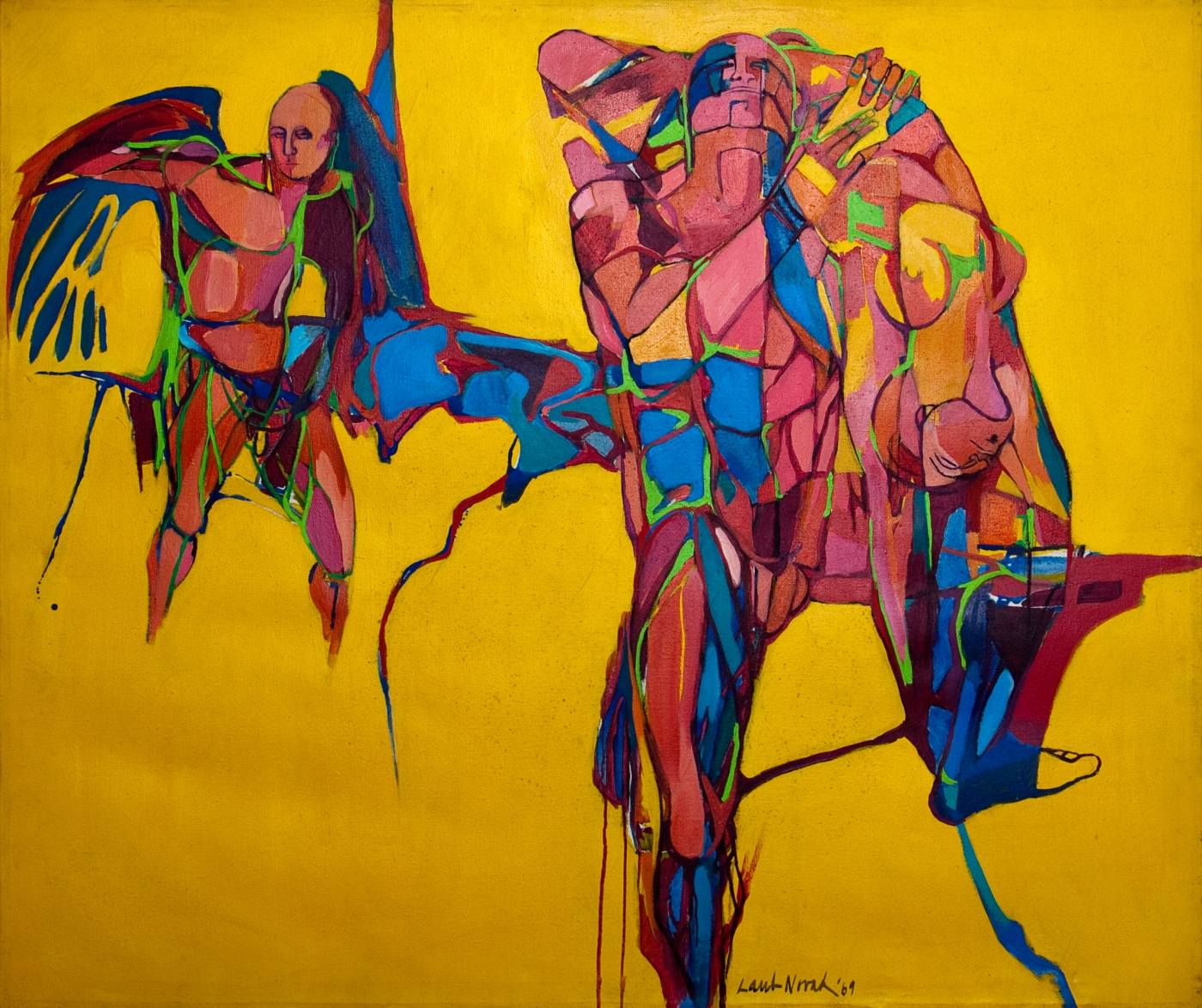 They would become like rabbits
now. He knew he would soon find
them trying to sneak back into
the garden, lusting after sweet
berries, succulent pears, jewel-
brilliant pomegranate seeds.
They would couple like rabbits, too;
their offspring would become
as devoted to poaching as the
damned pair: the man, his rib-wife.
Naked, lacking feathers, fur,
they had daubed themselves with
clays and stains, covered their bodies
in vain attempts to mimic better
beings. But they could not
blend in. He had them pegged,
knew their deceits before they
could fully form their plans.
They would soon weave cloaks, too,
he thought, and what poor imitations
of an angel’s rainbow wings
those would be.

ROY BECKEMEYER’S book of poetry, Music I Once Could Dance To (2014, Coal City Press), was recognized as a Kansas Notable Book in 2015.

Painting: “Exiles from Paradise” by Karen Laub-Novak. Used with permission.

One thought on “Angel Ordering Exiles from Paradise”