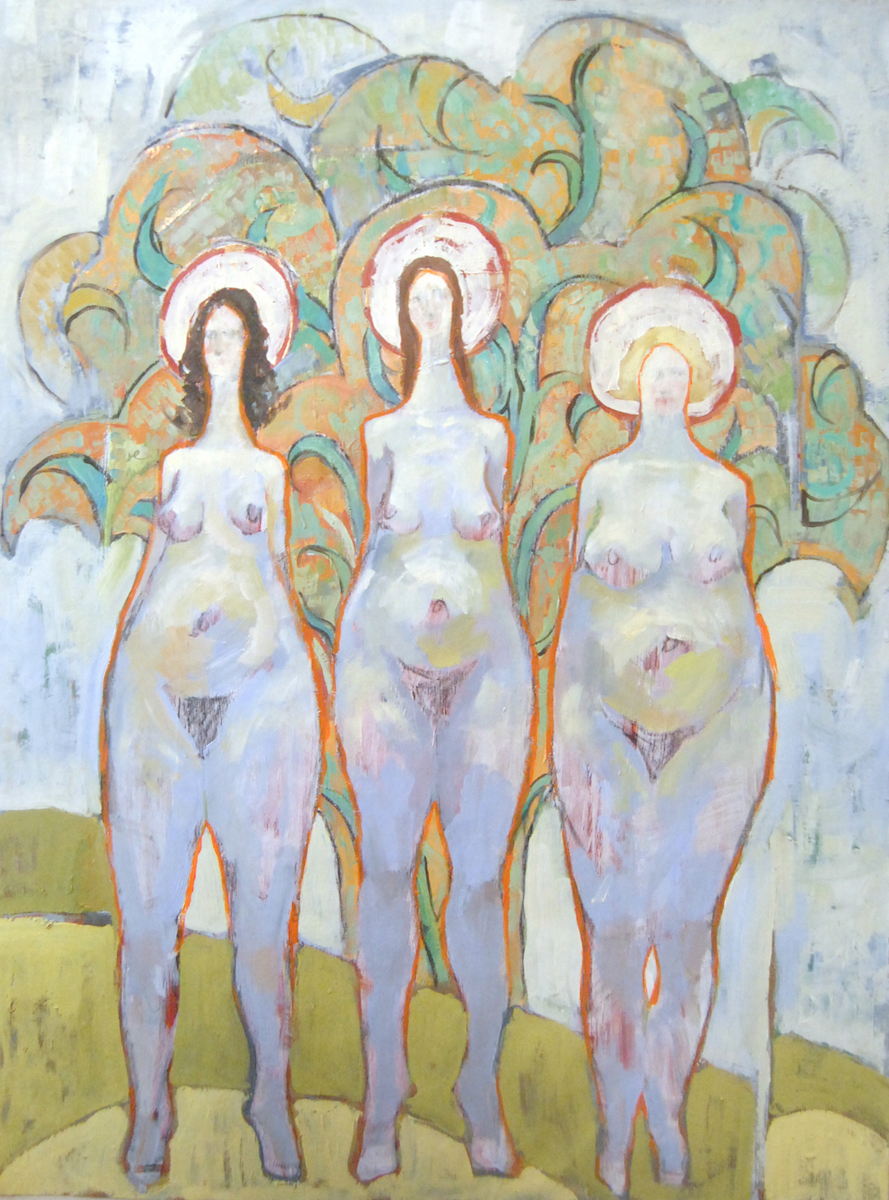 undersized Eve, tried to
bowel her leg, but split
tongue to rectum

when she woke writhing because
girthed in serpent to one knee;
you figs nicked from God

with God knows who, got stood up,
came back bawling like a newborn
wanting the womb; you—

how your cerulean skin slides
across the eye, refreshes like the lid
tripped by light, sweat, wind, sex,

the size of your arboreal keep,
into areola ruddy as Lilith’s desire
the night she returned to suckle

from God’s tree and found you
full-grown, sentried outside
Adam’s abandoned treehouse,

sporting passions the tone
of a flaming sword and a notice
the length of ”Tenants evicted.

Space to let.”—and her having
left in her other purse
the tokens and signs she had

the fall God came in
with the breeze, found
a half-eaten fig at Eve’s lips,

passion fresh on her skin,
fig leaves wilting at the garden’s
edge—though all Eve could recall

was the rasp of a body
against brush, feet
caressing the lawn, heft of flesh

onto her flesh, split-tongued
breath to her neck, and fig pulp
pressed to lips loose in sleep’s

(On three significant others by galen dara)

TYLER CHADWICK, an award-winning poet, essayist, editor, and teacher, received his MA in English from National University in San Diego, California and his PhD in English and the Teaching of English from Idaho State. He lives in Ogden, Utah, with his wife, Jess, and their four daughters and teaches writing at Weber State.